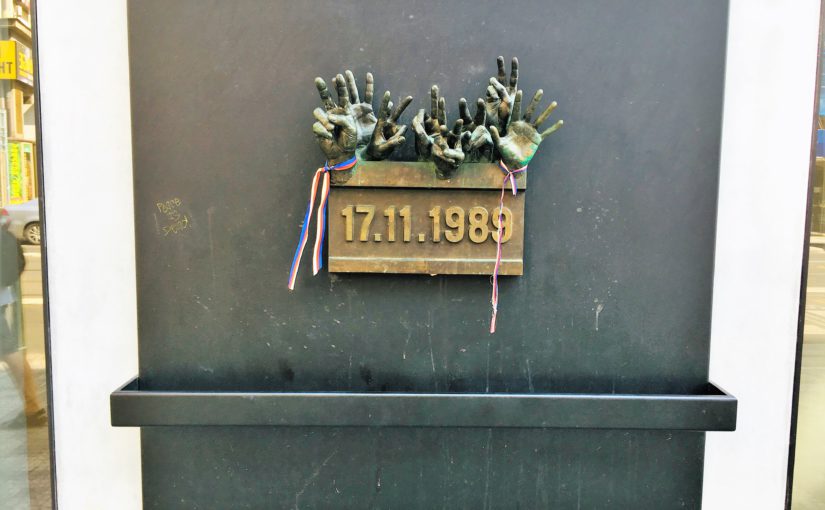 Memorial place in Prague at Národní třída, commemorating the events of November 17, 1989. The authors of the work are Otakar Příhoda and Miroslav Krátký. On 17 November 1989, to mark the 50th anniversary of the shutdown of universities by the Nazis, the SSM (the Socialist Youth Movement). Some people decided to head for the centre of Prague. Those at the front of the march, which numbered several thousand people and which continued to grow during its journey, were stopped on Národní třída by a police cordon and were then surrounded by emergency regiments of the SNB (the National Security Corps). In an enclosed area where there was nowhere to escape protesters were brutally beaten by members of the Red Berets.