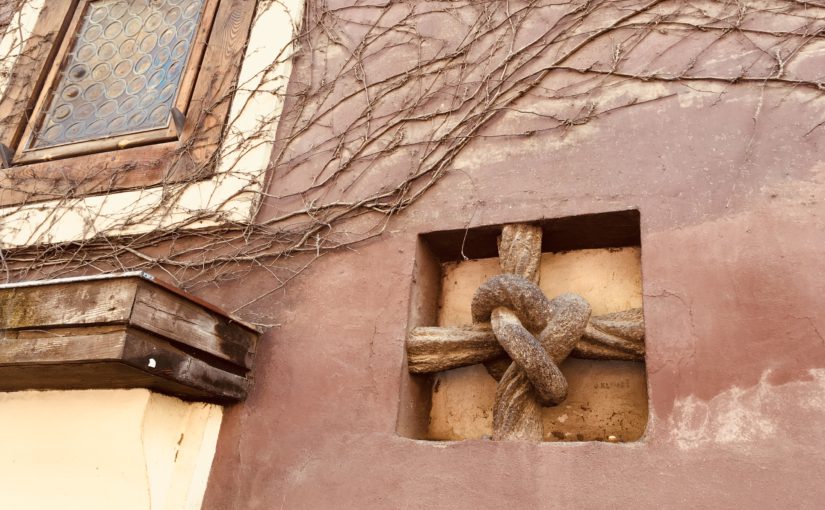 the knot of friendship

Node on house No. 11 called The node located in the Úvoz street near the Mala Strana and Hradčany districts is made of stone. It is located on a building called Vinný domek – there was a press and a bakery of the Strahov Monastery. It is not meant to be loosened, but rather ties. As a symbol of friendship, the sculptor Josef Klimeš created a friend for his family. The Diorite node in Úvoz means the strength and toughness of human relationships. Most passers-by consider him one of the house characters that have been here since ancient times, but a mistake. The knot was excavated only twenty-three years ago in 1977.