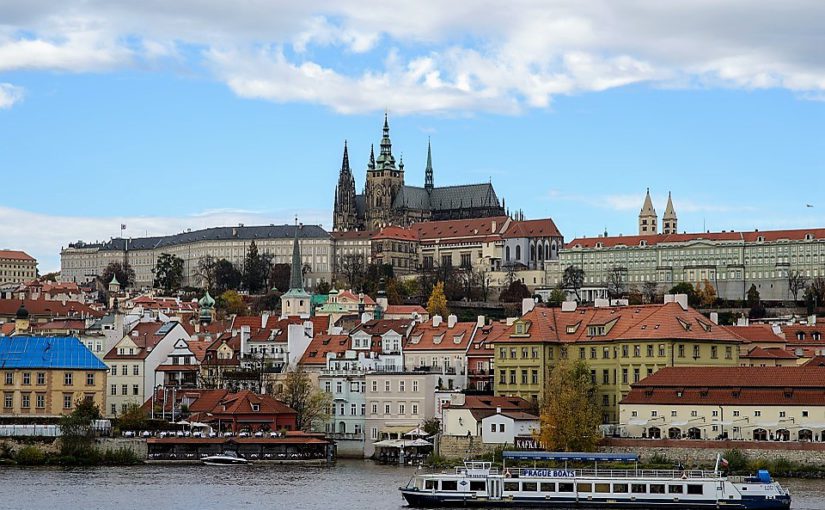 Prague Castle is a castle complex in Prague, dating from the 9th century. It is the official residence of the President of the Czech Republic. According to the Guinness Book of Records, Prague Castle is the largest ancient castle in the world,occupying an area of almost 70,000 square metres, at about 570 metres in length and an average of about 130 metres wide. The castle is among the most visited tourist attractions in Prague attracting over 1.8 million visitors annually.