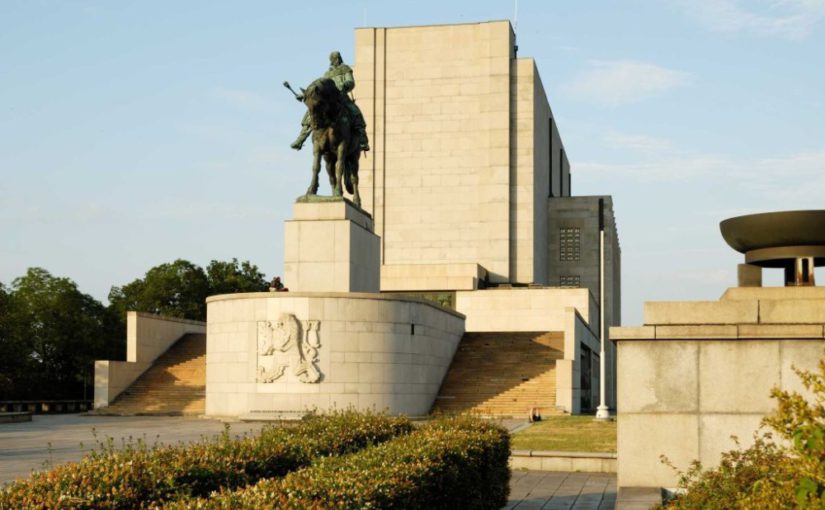 The National Monument on top of Vítkov hill in Prague‘s Žižkov. District belongs among the most important buildings connected to the development of Czechoslovak/Czech statehood.

It includes the equestrian statue of Jan Žižka, the third largest bronze equestrian statue in the world. The statue was built in honor of Žižka, who in the Battle of Vítkov Hill in 1420 defeated king Sigismund. The Monument also includes the Ceremonial Hall, an exhibition entitled Crossroads of Czech and Czechoslovak Statehood, the Tomb of the Unknown Soldier and other exhibition halls.